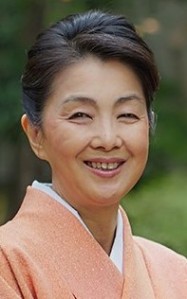 Kaoru Shibata
I began my professional career as a radio DJ at JOLF, a top Tokyo-based radio station at the time, and later jumped to television, working as a foreign correspondent for the Japanese television broadcaster Fuji TV in New York and for Nihon TV back in Tokyo. I have lived in the United States and Mexico, and enjoyed extensive travel to locations in Asia and Europe. Now I am teaching communication skills and elocution in junior colleges and continuing education programs, and emcee public and private events. My interest in food is wide-ranging. Through my experience living and working outside of my own country, I have been exposed to and taken a great interest in the world’s foods, food preparation, and food culture. In my private life, I enjoy cooking with seasonal ingredients, baking bread, and using new and sometimes revived ways to prepare Japanese foods. Having a particular interest in vegetables and fruit, I have also published a book on salads.

Sarah Milanes
Sarah learned about Japanese homestyle cooking and Tokyo neighborhoods that are full of culinary history after joining Kitchen Nippon’s (formerly NipponGo!) cooking classes. Through KitchenNippon, she has made miso and udon from scratch, and was introduced to the second love of her life – yuzukoshō! Sarah designs KitchenNippon’s Culinary Adventures – from exploring the Kappabashi and Ningyocho neighborhoods to organizing events that pair Canadian icewines with Japanese dishes. Her food and travel adventures across Japan can be found at OishiNippon.

Machiko Tateno
Chef Machiko Tateno is an expert in cooking with fermented foods, a menu consultant, and Registered Dietician. After spending seven years as a supervising dietician at a hospital, Chef Tateno attended cooking schools in Japan and Ireland -the latter, the world-renowned Ballymaloe Cookery School– to learn cooking approaches that emphasize the qualities and characteristics of ingredients. Later serving as the Executive Chef of Roppongi Nouen, Chef Tateno now focuses on home-style Japanese cooking with particular attention paid to the use of fermented foods. She develops recipes that are both delicious and easy to prepare, and has written and co-written several books on Japanese cooking. 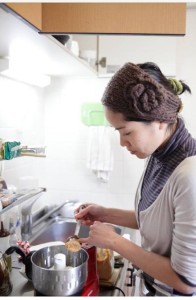 Miyuki Iwasawa
A local food researcher focused on preserving and sharing simple and delicious homemade recipes and arrangements, Miyuki grew up in the kitchen, having been born into a family operating a local udon noodle and bento shop. Playing a leading role in the kitchen through her early 20’s, she then set out to travel the world, learning about home-cooked meals all along the way. Upon returning to Tokyo, she took up a position at Roppongi Nouen, where she worked with the finest ingredients from farmers and brewers throughout Japan to create menu arrangements depicting the quality, dedicated cultivation, and diversity of Japan’s best local products. Miyuki is a Licensed Guide-Interpreter and also hosts regular culinary sessions introducing the world of vegetarian cooking, fermented foods, and Japanese-style macrobiotic cuisine to food lovers from across the globe. 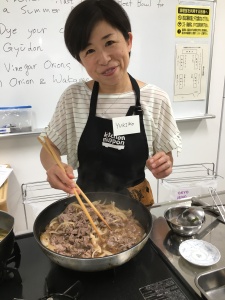 Yukiko Yajima
After 10 years working in a white-collar environment, Yukiko decided to quit her job and devote herself to her passion for cooking. She became a licensed culinary professional and took up her new career as a cooking instructor. Five years later, she relocated to the UK, where she spent eight years absorbing a different culture and expanding her knowledge of food. Her experience in the UK also opened her eyes to the strong interest in Japanese food outside Japan. Since coming home, Yukiko has focused on teaching people from other countries how to prepare Japanese dishes at home.

Check out these links for other opportunities to participate in Yukiko’s classes.
http://tsukiji-cooking.com/